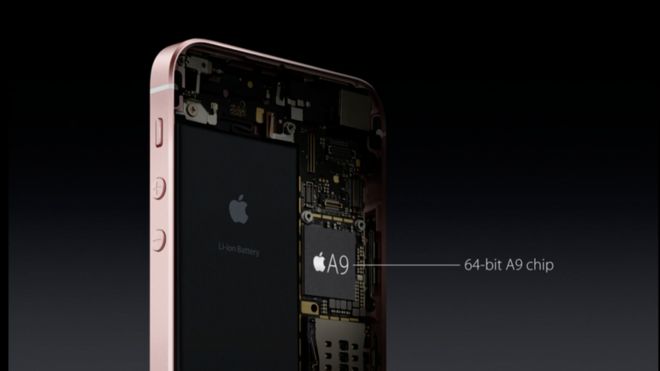 Apple has announced smaller versions of the iPhone and iPad Pro at an event hosted in San Francisco and streamed online.

The iPhone SE has the same processing and graphics performance of the larger Apple 6S, the firm said, and can capture 4K video.

The new iPad Pro will have a 9.7 inch screen - the same size as the original iPad.

The iPhone SE will be available in 110 countries by the end of May.

It also said the new iPad Pro would be available in three different storage sizes with an extra large 256GB version.

Pricing will begin at $599 for the smallest version and will ship in the US at the end of the month. 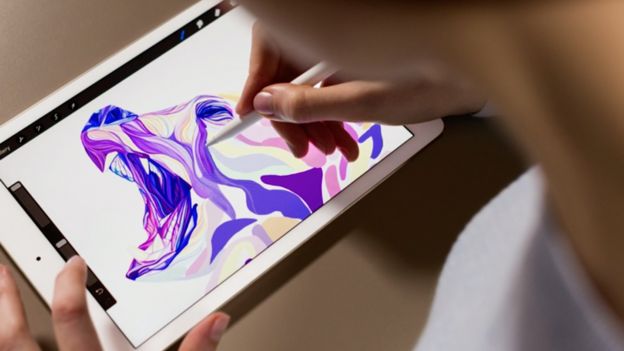 Apple said it sold 30 million four-inch handsets last year, however its handset sales have slowed in recent months in line with the overall smartphone market.

Some analysts are predicting up to a 15% decline in shipments in the first quarter of 2016 alone.

"The smart phone market has definitely consolidated around five and six inch devices globally so the question is why has Apple come out with a slightly smaller version?" said Annette Zimmerman, a research director at analyst Gartner.

"It is not really to capture a trend, but these people who are on an iPhone 4 or 5 and are quite happy with the size.

"It's a way to upgrade them and obviously selling a phone with a smaller screen size helps with the margins on these devices," she added.

"I don't think it will lead to the sort of strong growth we saw after the iPhone 6 came out - that would be really difficult to top."

Chief executive Tim Cook addressed the elephant in the room right away. Apple's court battle with the FBI over encryption heads to court on Tuesday. Mr Cook said he did not ever expect to be "at odds with government". He said Apple "would not shrink" from its responsibility to protect encryption.

The comments received a warm applause from the audience - but Tuesday will be a very different story as the company comes face-to-face with the families of the victims of the San Bernardino attack.

Monday's launch was just as expected. With iPhone sales slowing, Apple needed to capture some new customers - and the iPhone SE will likely do just that.

It's aimed at the types of people whose budget can't quite stretch to a new premium iPhone - people who may have instead gone for an Android device.

Unlike the 5c, Apple's last budget iPhone, the SE doesn't come in a range of cheap and cheerful colours. This is meant to feel like a top product, only smaller.

Geoff Blaber from CCS Insight said there were "no surprises" but that the products were still "crucial" to Apple's business.

"A new price point and new hardware should not be underestimated," he said.

"The iPhone SE and iPad Pro 9.7 could be viewed as largely iterative but nonetheless they are still crucial products for Apple as it looks to bolster growth across two crucially important categories".

Some observers were underwhelmed by Apple's latest news.

"We have officially run out of ideas for new products," tweeted tech podcaster Jeff Bakalar. 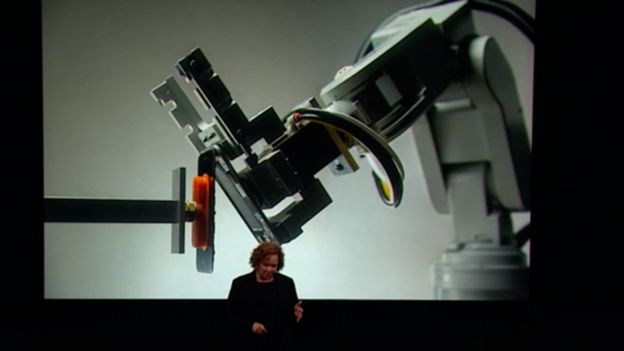 The firm also showed off a recycling robot called Liam which can strip down old iPhones into their components for reuse. 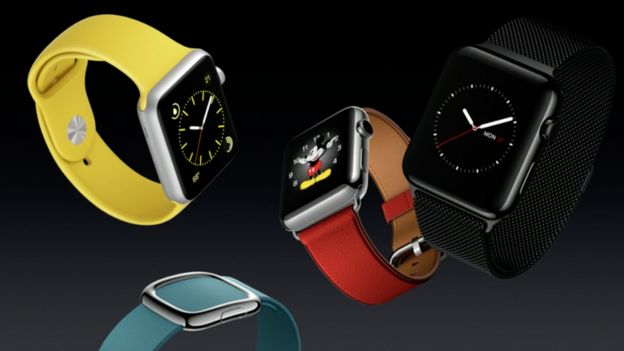 The brand new BBC Music app is now available to download for your mobile or tablet (iOS and Android) for free. Bringing you the finest music moments from across BBC TV, Radio and Online, the app gives you access to exclusive live...
Read More

Ever hear a song and wonder what it means? What inspired its lyrics? Why the artist chose to work with certain collaborators, and what they were doing in the studio when they recorded it? It’s this kind of curiosity that drove...
Read More

Apple has announced smaller versions of the iPhone and iPad Pro at an event hosted in San Francisco and streamed online. The iPhone SE has the same processing and graphics performance of the larger Apple 6S, the firm said, and can ca...
Read More

It was last May that the BBC unveiled an ambitious plan to give a million schoolchildren a tiny device designed to inspire them to get coding. Now, after a few bumps in the road, the Micro Bits are finally ending up in the hands of children...
Read More

HAVANA -- Google is opening a cutting-edge online technology center at the studio of one of Cuba's most famous artists, offering free Internet at speeds nearly 70 times faster than those now available to the Cuban public. President Bara...
Read More